Episode 01 – A new paradigm for global development? How China does aid

In this episode of Dragon Road, we are joined by Stella Hong Zhang to understand China’s recent white paper on aid called China’s International Development Cooperation in the New Era. Ms. Zhang sheds light on the Chinese aid model, from a historical perspective as well as its political underpinnings. We discuss the influence of the Japanese aid model on China, as China was once a major recipient of Japanese aid. The discussion touches on how China’s approach to aid and development differs from traditional actors like the United States, and dispels myths about its aversion to multilateralism. Ms. Zhang talks about the role of Chinese state-owned enterprises and contractors in its development framework. She argues that the Chinese model with its emphasis on infrastructure lays the onus on donor countries to create an enabling environment to achieve sustainable growth. Ms. Zhang contends that the Belt and Road Initiative will be the overarching theme in the future of China’s role in international developmental aid, highlighting how China, under Xi Jinping’s leadership, is engaging in a more assertive and proactive foreign policy. We also discuss the future of China’s aid policy, its focus on humanware, and building better connections with local communities.

Publications by the Guest 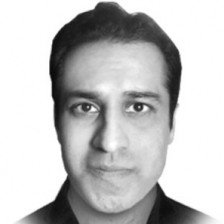 A Non-Resident Fellow at the Middle East Institute in Washington, DC and president of Vizier Consulting, LLC, a political risk advisory firm focused on the Middle East and South Asia.

A Non-Resident Fellow at the Middle East Institute in Washington, DC and president of Vizier Consulting, LLC, a political risk advisory firm focused on the Middle East and South Asia.

Connecting Pakistan: Covid-19 as a Catalyst for Digital Transformation