As ubiquitous as black crows, plastic bags have dominated Pakistan’s landscape for decades. From electricity wires to trees, sewage drains to rivers, they flutter, block, pollute and kill.

They have survived numerous attempts to stamp them out with the earliest bans dating back to 1994.[i]

In the latest round, Pakistan has banned plastic bags in the capital city of Islamabad effective August 14, 2019. Introduced as part of the Prime Minister’s ‘Clean and Green Pakistan’ campaign, the Ministry of Climate Change hopes to replicate this pilot initiative across the country. This is the most aggressive move by the country to address mounting environmental concerns in recent years.

The rationale for the ban is, inter alia, the impact of these bags on urban drainage systems; the toxic fumes released by improper disposal and incineration; the time they take to break .[ii] The government announced its intention of transitioning towards cotton carrier bags as an environmentally-friendly alternative.

Not exactly novel, single-use plastic carrier bags bans have been in force in various forms around the world. In 2002, Bangladesh became the first developing country to introduce a ban on polyethylene shopping bags. Citing similar concerns as Pakistan, the country blamed the bags for the waterlogging of its drainage systems during the floods of 1998. More recently, Kenya has banned the use of plastic bags under a draconian penalty of up to 4 years imprisonment and a $40,000 fines just for carrying a plastic bag.[iii] Other African countries have followed suit with promising results. Closer to home, neighbouring Afghanistan has had a nationwide ban in place since 2013, though its impact to date remains debatable.

Pakistan has never been in control of its solid waste problem. According to some estimates, Pakistan produces more than 400 grams of waste per capita per day. Not all of this waste is collected and disposed off by municipal authorities. Urban populations are serviced by municipal corporations but their collection and disposal capacities are limited – Lahore has one of the best collection rates in the country at around 68%.[iv]

In the country’s rural settings, formal collection and disposal of solid waste is almost non-existent. Uncollected waste accumulates in local open air garbage heaps and informal landfills. Often it is incinerated. This causes massive littering of public spaces and streets, air and water pollution, and increases the risk of disease and infestation.

All cities in Pakistan are blighted by some form of open air dumping and landfills. Despite regulations aimed at controlling the rising tide of waste, municipal administrators struggle to manage the tonnes of waste generated each day owing to lack of funding, waste management facilities, trained staff, and effective enforcement mechanisms.

Much of this waste – 164,332 tonnes per year by some estimates – flows through Pakistan’s canals and streams into the River Indus turning it into the world’s second largest ‘river of plastic’ after China’s Yangtze.[v] Despite this alarming and well-documented fact, local authorities have been unable to enforce vital regulation to limit the disposal of waste, especially degradation-resistant plastics, into Pakistan’s rivers.

Pakistan expects its accelerating rate of urbanization will only exacerbate this problem in the years ahead.

While the thinking and intent behind Islamabad’s plastic bag pilot ban is laudable, its implementation leaves much to be desired. In its haste to comply with this year’s International Environment Day theme of “Ban Plastic Bags” the Ministry of Climate Change has overlooked key legislative, operational, and logistical prerequisites for an effective ban.

Critically, the Ministry neglected to prepared the consumer market for the ban. This responsibility cannot be placed solely on the market given its multiple ramifications for the economy and the environment. To effectively develop a plastic bag-free consumer environment and to secure critical support from both consumers and suppliers for the spirit of the ban, a longer runway of government assisted preparation was vital, yet missing.

This preparation should have included the availability of alternative and crucially environmentally friendly carrier options to ensure a smooth transition from a staple product.

All plastic bags are not equal

Lack of clarity around the type of plastic bags being banned has added to the confusion. Is the plastic bag ban limited to single-use carrier bags, as is the case in many developed countries, or does it encompass all plastic bags, including thicker shopping bags that may be recycled as garbage bags? This important distinction is missing from the government’s campaign literature.

What has been witnessed in Kenya, and is already becoming evident in Islamabad, is that single-use plastic bags are being replaced by plastic netting bags and synthetic fibre bags thereby largely undermining the objective of reducing the level of microplastics flowing into Pakistan’s waterways.

Government recommended alternatives to plastic carrier bags raise significant concerns about the level of holistic understanding of environmental issues at the Ministry of Climate Change.

While it is widely accepted that plastic bags contribute significantly to environmental damage – clogging rainwater drains, causing flooding, killing marine life – and are a general eyesore on the urban landscape, the government’s proposed alternatives, especially cotton carrier bags, arguably have a higher net environmental impact than plastic bags. The key is to consider the entire life-cycle of a product not just the disposal and degradation phase.

Too early for a verdict

Plastic bag bans, like any policy initiative, cannot succeed in a vacuum. Their effectiveness, as demonstrated by various experiences from around the world, depends on a holistic approach that takes both the demand and supply side constraints into account. It is built on three key considerations: an environmentally responsible set of alternative solutions developed specifically for the requirements and constraints of the community; a robust solid waste management regime that effectively collects, sorts, and disposes solid waste, including plastics; support for suppliers based on an assessment of the impact of the ban on the supply chain including capital and labour.

A narrow strategy focused on changing consumer behavior without reinforcements based on investments in municipal waste management systems; supporting and educating suppliers (producers and retailers alike); developing alternative solutions for both intermediary and primary consumers will accomplish little beyond disrupting existing patterns of consumer behavior.

It will certainly not address the end goal of reducing overall plastic consumption or realizing net positive environmental impact.

The continuing focus on the impact of Climate Change on Pakistan, rising pressure on urban centres to manage the exponential growth in waste generation, and the current government’s commitment to taking on the environmental challenge head-on – most notably demonstrated by the Prime Minister’s Clean and Green Pakistan campaign – suggests the plastic bag ban pilot in Islamabad will likely be extended nationally.

To enable the effective adoption and implementation of the plastic bag ban in the provinces, the Federal government should consider the following key recommendations for net positive environmental results: 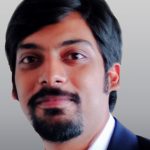 A Resident Fellow and Head of Growth at Tabadlab.

A Resident Fellow and Head of Growth at Tabadlab.

Pakistan’s Import Bill: What Pakistan Buys From Abroad And Why

The Government of Pakistan held the most recent round of spectrum auction...